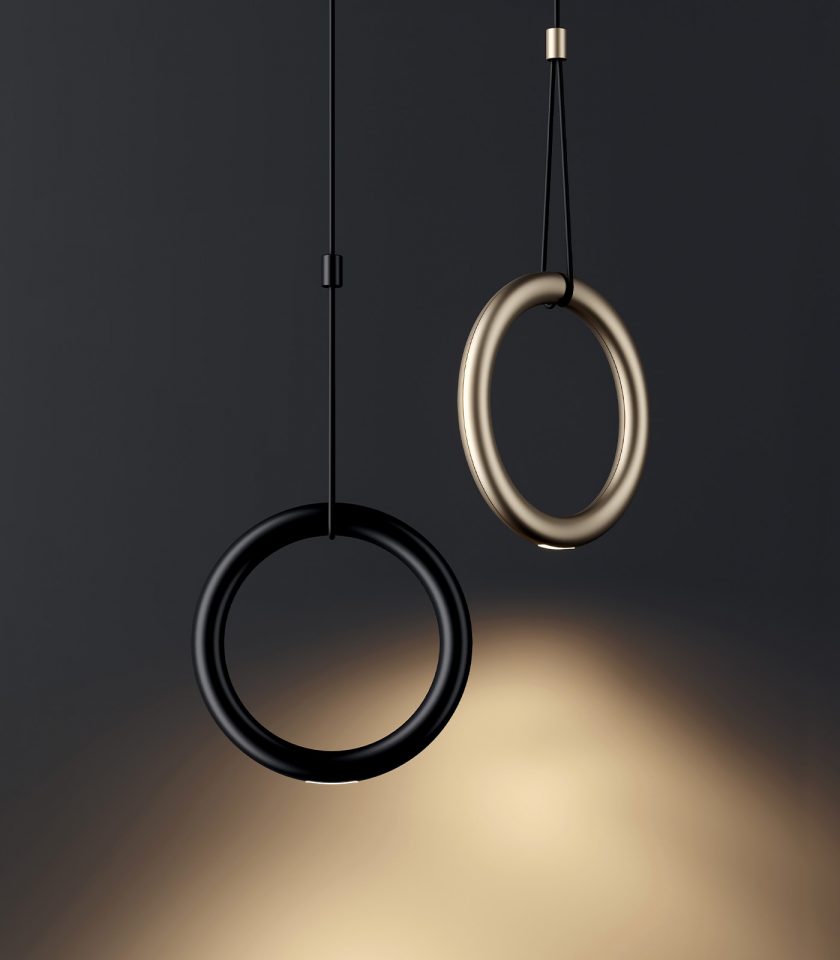 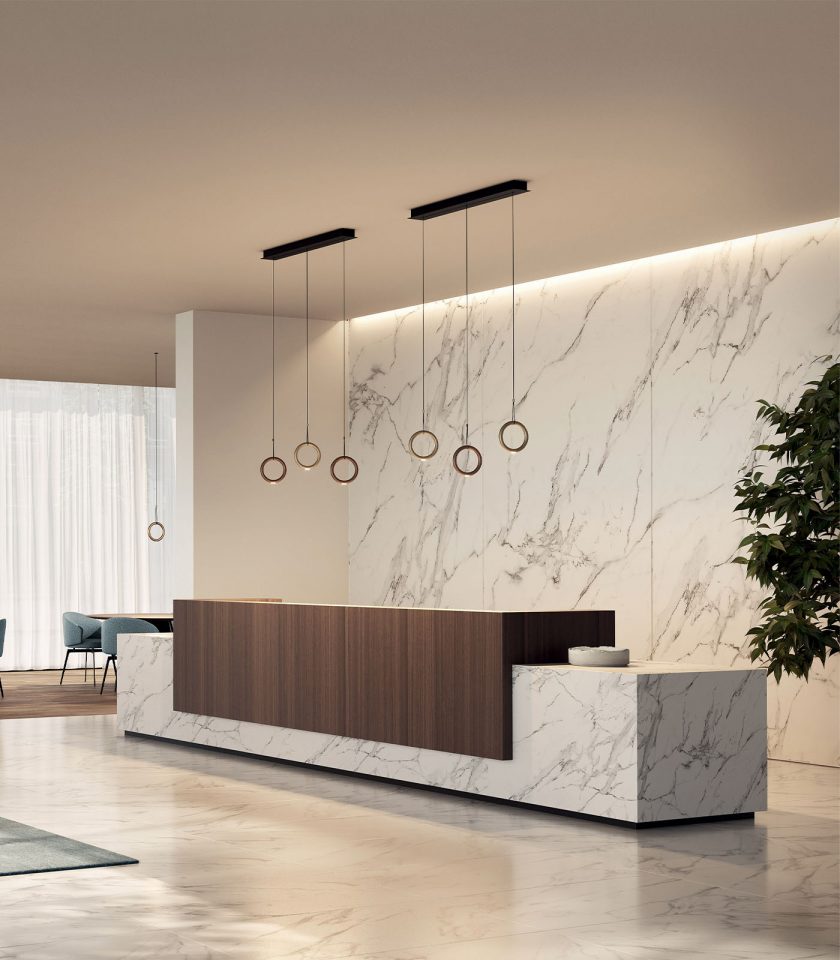 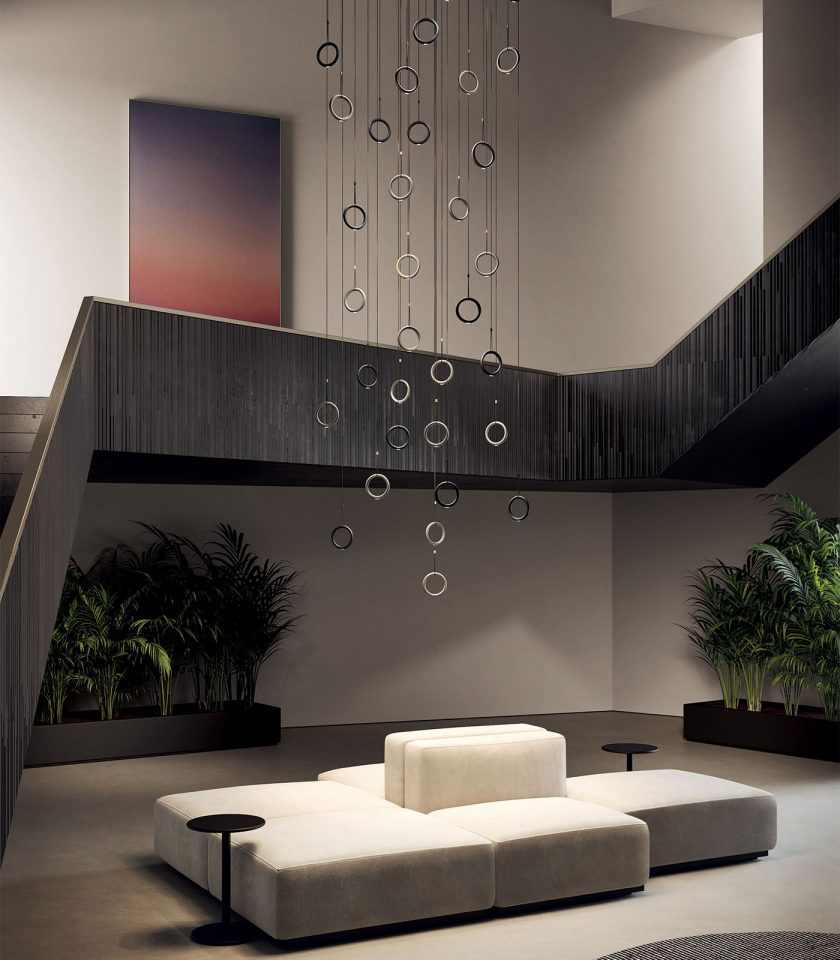 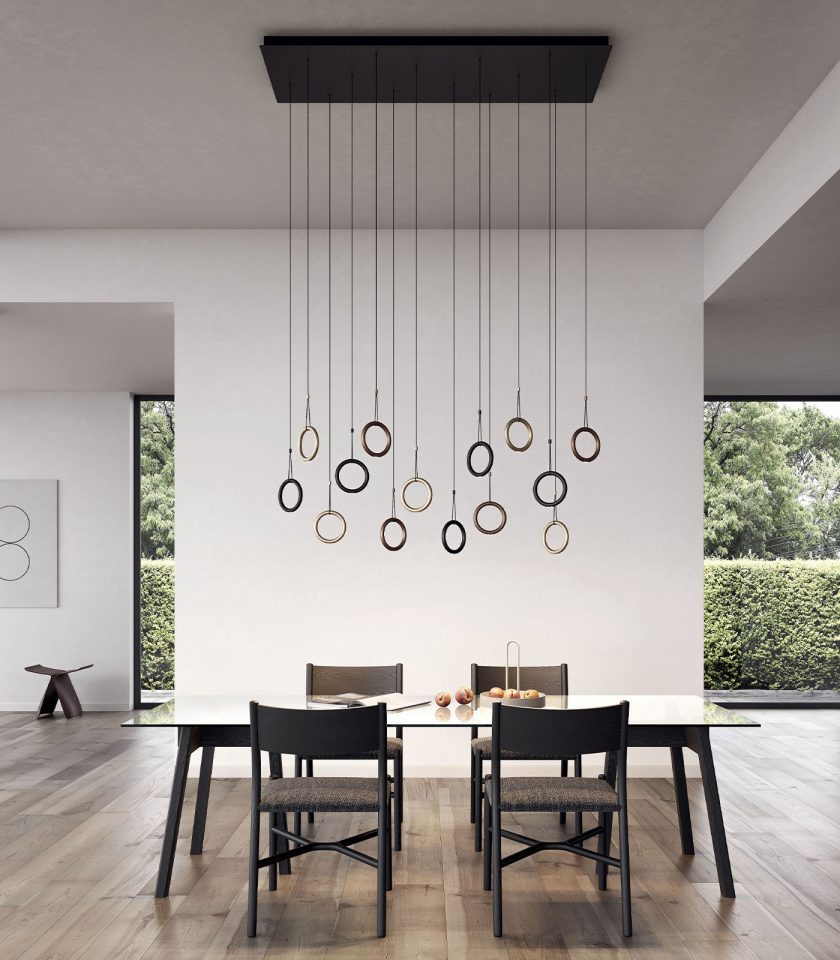 IVY I Pendant Light by Lodes was designed by architect Vittorio Massimo and is a minimal, geometric lighting piece composed of a die-cast zinc alloy ring hanging on a black cable, which gives power to a made to measure LED module.

The product sheds an even, rounded light beam through its thin and curved methacrylate diffuser. Designed with a single cable, IVY responds to the need for flexibility, an increasingly contemporary theme in architectural practice and restoration, allowing the luminaire to be released from its ceiling derivation.

Imagining the repetition and clustering of several lamps suggested the name IVY, while the ring is reminiscent of a precious pendant on a necklace.

The IVY Pendant Light Collection is available in two designs: with single and double cables (IVY I and IVY V respectively).

Note: Canopies are not included © 2022 Trit House.
Your are successfully subscribed for email notifications.
✖

Notify me when available

We will send you a notification as soon as this product is available again.

Your email is requried